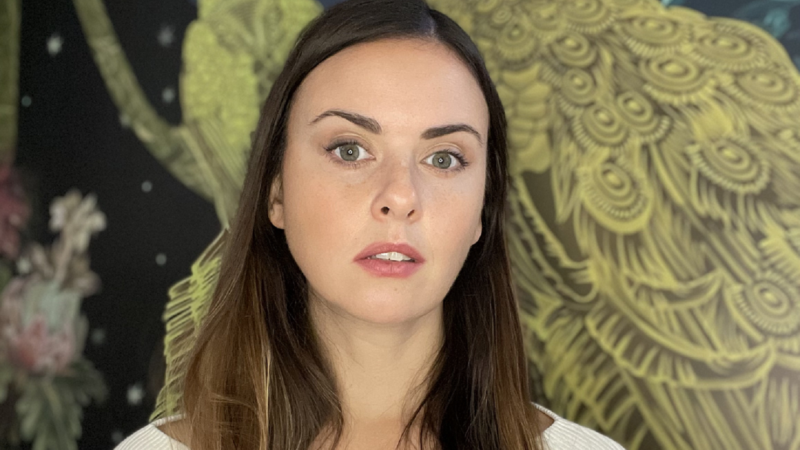 On today's show, I talk with writer Kat Rosenfield, whose new mystery novel No One Will Miss Her has been nominated for an Edgar Allan Poe award, the highest honor in that genre.

She also authored a fantastic recent essay for Reason about the immense cultural staying power of The Matrix, the 1999 movie that introduced the concept of being red-pilled, or made aware of the dark ways the world and power really work. "It's hard to overstate the long-tail impact of The Matrix on popular and political culture," she writes. "It has left a vast imprint on everything from action movies to fashion to how we understand technology."

We talk about No One Will Miss Her, The Matrix, and the raging controversy she's found herself in after going on CNN to critique legacy media's attacks on podcaster Joe Rogan for spreading misinformation about Covid-19. Despite her critical comments about the way CNN and other outlets were demonizing Spotify and podcasting, rabid and profane Rogan fans started attacking Rosenfield as if she was sticking up for old media.

the folks who are still outraged about my CNN bit are uh really sending their best pic.twitter.com/NBgKxS8rrt

The result is a dark—even dank—look at how rapidly discourse degenerates on social media. And a fun, rollicking conversation about if and when public discourse is going to improve any time soon.

Today's sponsors include The Long Time Academy, a podcast about being a better ancestor, and Better Help, a licensed, online therapy service (click here to get 10 percent off your first month as a Reason Interview listener).

1h ago1h ago
Subscribe
Unsubscribe
Wekelijks
Sebastian Payne takes you into the corridors of power to unwrap, analyse and debate British politics with a regular lineup of expert Financial Times correspondents and informed commentators. New episodes available every Saturday morning. Our GDPR privacy policy was updated on August 8, 2022. Visit acast.com/privacy for more information.
F
Face the Nation on the Radio

2h ago2h ago
Subscribe
Unsubscribe
Wekelijks
Margaret Brennan asks the biggest guests the smartest questions. Hear official Washington on the firing line, on your schedule.
T
The Seen and the Unseen - hosted by Amit Varma

25m ago25m ago
Subscribe
Unsubscribe
Wekelijks
The Seen and the Unseen, hosted by Amit Varma, features longform conversations that aim to give deep insights into the subjects being discussed. Timeless and bingeworthy.
T
The Wilderness