The Reason Interview With Nick Gillespie « »
Jimmy Wales: What Wikipedia Got Right About Social Media 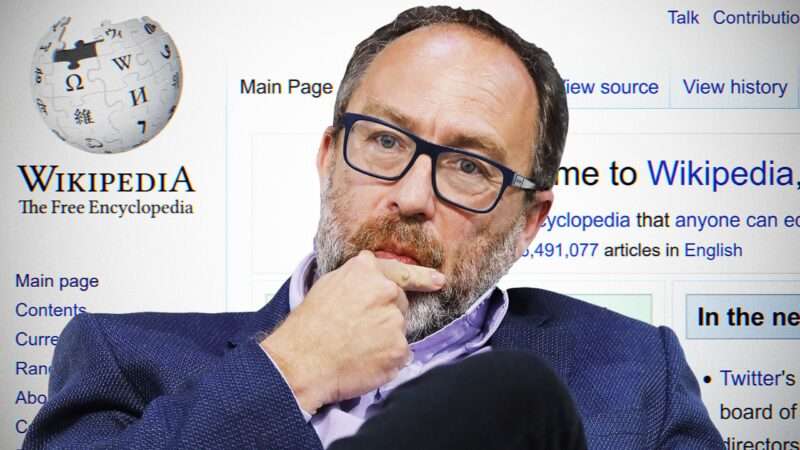 Wikipedia, "the free encyclopedia that anyone can edit," went from being a weird online experiment 21 years ago to one of the mainstays of the modern internet with astonishing speed. Even more astonishing, it has maintained its reputation and functionality since its founding, even as the rest of the social internet seems hellbent on tearing itself apart.

As Twitter, Facebook, and others are consumed with controversy over moderation, governance, and the definition of free speech, Wikipedia continues to quietly grow in utility, trustworthiness, and comprehensiveness. There are now nearly 6.5 million articles on the English version alone, and it has held its place in the top 15 most-visited sites on the internet for well over a decade.

Reason Editor in Chief Katherine Mangu-Ward spoke with Wikipedia's Jimmy Wales, about what he got right—and what he's worried about as politicians all around the globe are pushing for more control of online content.

A key ingredient to Wikipedia's success, says Wales, is its high degree of decentralization. After this interview was conducted, Elon Musk made a bid to buy Twitter, bringing new salience to the battle over who controls the flow of information (and disinformation) online.

The post Jimmy Wales: What Wikipedia Got Right About Social Media appeared first on Reason.com.