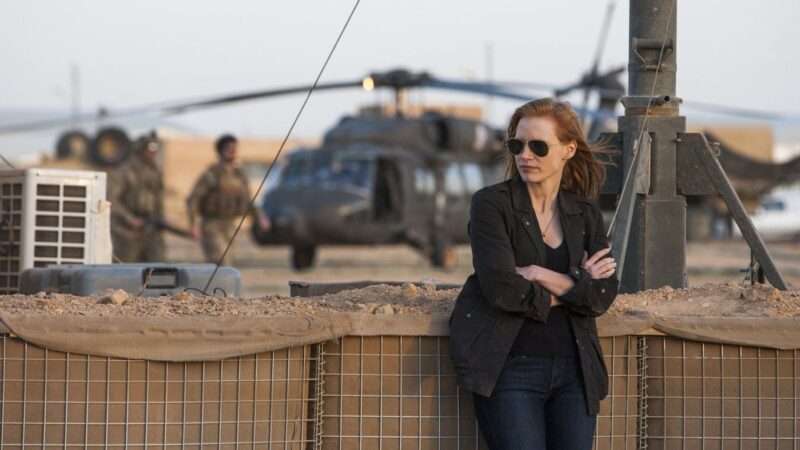 Because of the war on terror, argues Rafia Zakaria, American feminism has been recast from a "movement that existed in opposition to the state, as a critique of its institutions and mores…[to] one that serve[s] the state's interests through any means imaginable." Nothing exemplifies this tragic turn better, she says, than the Oscar-winning movie Zero Dark Thirty, in which the female lead (played by Jessica Chastain) is exalted as a torturer who can more than keep up with her male colleagues when it comes to breaking the bodies of real and suspected terrorists.

In Against White Feminism, Zakaria makes the case that Western feminism has been mostly interested in achieving equality between white women and white men, often at the expense of black and brown people. After the 9/11 attacks, for instance, this led many feminist organizations to support the invasion and occupation of Afghanistan and to push for top-down aid programs that didn't take into account what Afghan women actually wanted or needed.

It's a provocative book that critiques feminists from Simone de Beauvoir to Betty Friedan to Eve Ensler and forces a reevaluation of how best to empower all women around the globe, who are often struggling against sexism that is deeply entwined with state power.

Born in Pakistan and now living in the United States, Zakaria is the author of The Upstairs Wife and writes at Rafia (Unedited) on Substack. In 2017, Nick Gillespie interviewed her about her book Veil for Reason. Listen to that here.

The post How Afghanistan Became the First 'Feminist' War appeared first on Reason.com.

4d ago4d ago
Subscribe
Unsubscribe
Wekelijks
Sebastian Payne takes you into the corridors of power to unwrap, analyse and debate British politics with a regular lineup of expert Financial Times correspondents and informed commentators. New episodes available every Saturday morning. Our GDPR privacy policy was updated on August 8, 2022. Visit acast.com/privacy for more information.
F
Face the Nation on the Radio

2h ago2h ago
Subscribe
Unsubscribe
Wekelijks
Margaret Brennan asks the biggest guests the smartest questions. Hear official Washington on the firing line, on your schedule.
T
The Seen and the Unseen - hosted by Amit Varma

25m ago25m ago
Subscribe
Unsubscribe
Wekelijks
The Seen and the Unseen, hosted by Amit Varma, features longform conversations that aim to give deep insights into the subjects being discussed. Timeless and bingeworthy.
T
The Wilderness

3m ago3m ago
Subscribe
Unsubscribe
Wekelijks
Organizer and activist DeRay Mckesson explores news, culture, social justice, and politics with analysis from Kaya Henderson, De’Ara Balenger, and others. Then he sits down for deep conversations with experts, influencers, and diverse local and national leaders. New episodes every Tuesday.
I
Intercepted