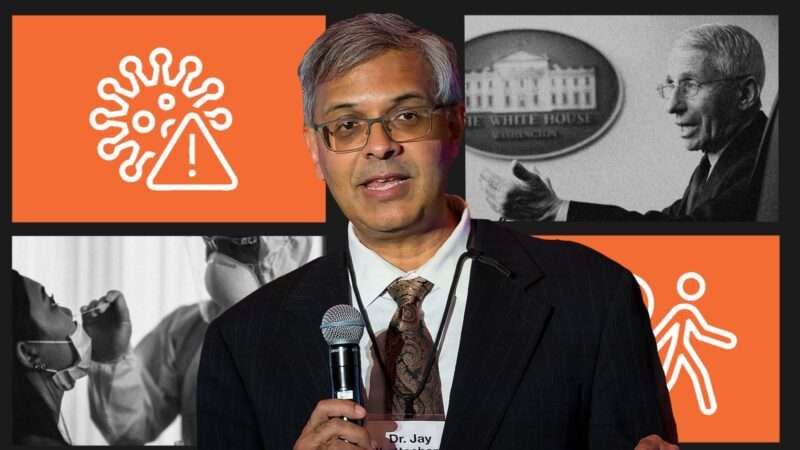 On October 4, 2020, when COVID-19 was raging, American schools were mostly shuttered, and vaccines were believed to be years away—a team of top researchers at the world's most prestigious universities, including Stanford's Jay Bhattacharya, Harvard's Martin Kulldorff, and Oxford's Sunetra Gupta—published the Great Barrington Declaration, a controversial open letter challenging the official U.S. response of lockdowns and government control of ever-larger parts of the economy and everyday life.

Recognizing that COVID overwhelmingly affected elderly Americans and others with specific, identifiable health conditions, they called for a policy of "focused protection," in which the vulnerable would be kept safe and the rest of us, especially children and young adults, would be able to get on with our lives.

The response at the very highest levels of government was quick and draconian. Francis Collins, then the director of the National Institutes of Health, wrote a private email to Anthony Fauci, which was later obtained through a Freedom of Information Act request, denouncing Bhattacharya, Kulldorff, and Gupta as "fringe epidemiologists" who deserved to be the subject of a media "takedown."

"Big tech outlets like Facebook and Google followed suit, suppressing our ideas, falsely deeming them 'misinformation,' says Bhattacharya, a professor of medicine at Stanford who also holds a Ph.D. in economics. "I started getting calls from reporters asking me why I wanted to 'let the virus rip,' when I had proposed nothing of the sort. I was the target of racist attacks and death threats."

I sat down with Bhattacharya to talk about what it was like to be at the very center of an official effort to suppress heterodox thinking about the pandemic, why he believes he and his Great Barrington Declaration co-authors have been vindicated, and whether the public health establishment can ever recover from ongoing revelations of incompetence, malfeasance, and politically motivated decision-making. He also discusses how the centralization of science funding encourages dangerous groupthink, why he believes in mRNA vaccines but remains staunchly anti-mandate, and why he stopped wearing masks a long time ago.

4d ago4d ago
Subscribe
Unsubscribe
Wekelijks
Every Monday, the libertarian editors of the magazine of “Free Minds and Free Markets”—Matt Welch, Nick Gillespie, Katherine Mangu-Ward, and Peter Suderman—discuss and debate the week’s biggest stories and what fresh hell awaits us all.
T
The More Perfect Union

22d ago3w ago
Subscribe
Unsubscribe
Maandelijks+
Real debate without the hate!
N
None Of The Above

9d ago1w ago
Subscribe
Unsubscribe
Maandelijks+
As the United States confronts an ever-changing set of international challenges, our foreign policy leaders continue to offer the same old answers. But what are the alternatives? In None Of The Above, the Eurasia Group Foundation’s Mark Hannah asks leading global thinkers for new answers and new ideas to guide an America increasingly adrift in the world. www.noneoftheabovepodcast.org
T
The Skepticrat

6d ago6d ago
Subscribe
Unsubscribe
Wekelijks
OPB Politics Now is a weekly podcast that takes a deep dive into the hottest political topics in Oregon and the Northwest. Every Friday, OPB’s political reporters and special guests offer in-depth analysis, discussion and insight into candidates, events and issues.
T
Truth vs Hype

6d ago6d ago
Subscribe
Unsubscribe
Wekelijks
Sebastian Payne takes you into the corridors of power to unwrap, analyse and debate British politics with a regular lineup of expert Financial Times correspondents and informed commentators. New episodes available every Saturday morning. Hosted on Acast. See acast.com/privacy for more information.
P
Pod Save the People

3d ago3d ago
Subscribe
Unsubscribe
Wekelijks
Organizer and activist DeRay Mckesson explores news, culture, social justice, and politics with analysis from Kaya Henderson, De’Ara Balenger, and others. Then he sits down for deep conversations with experts, influencers, and diverse local and national leaders. New episodes every Tuesday.
R
Reasons to be Cheerful with Ed Miliband and Geoff Lloyd