Something Weird This Way Comes... « »
Episode 5 - The Adult Version of Jekyll & Hide

Hmmm there seems to be a problem fetching this series right now. Last successful fetch was on February&nbsp01,&nbsp2021&nbsp20:29 ( 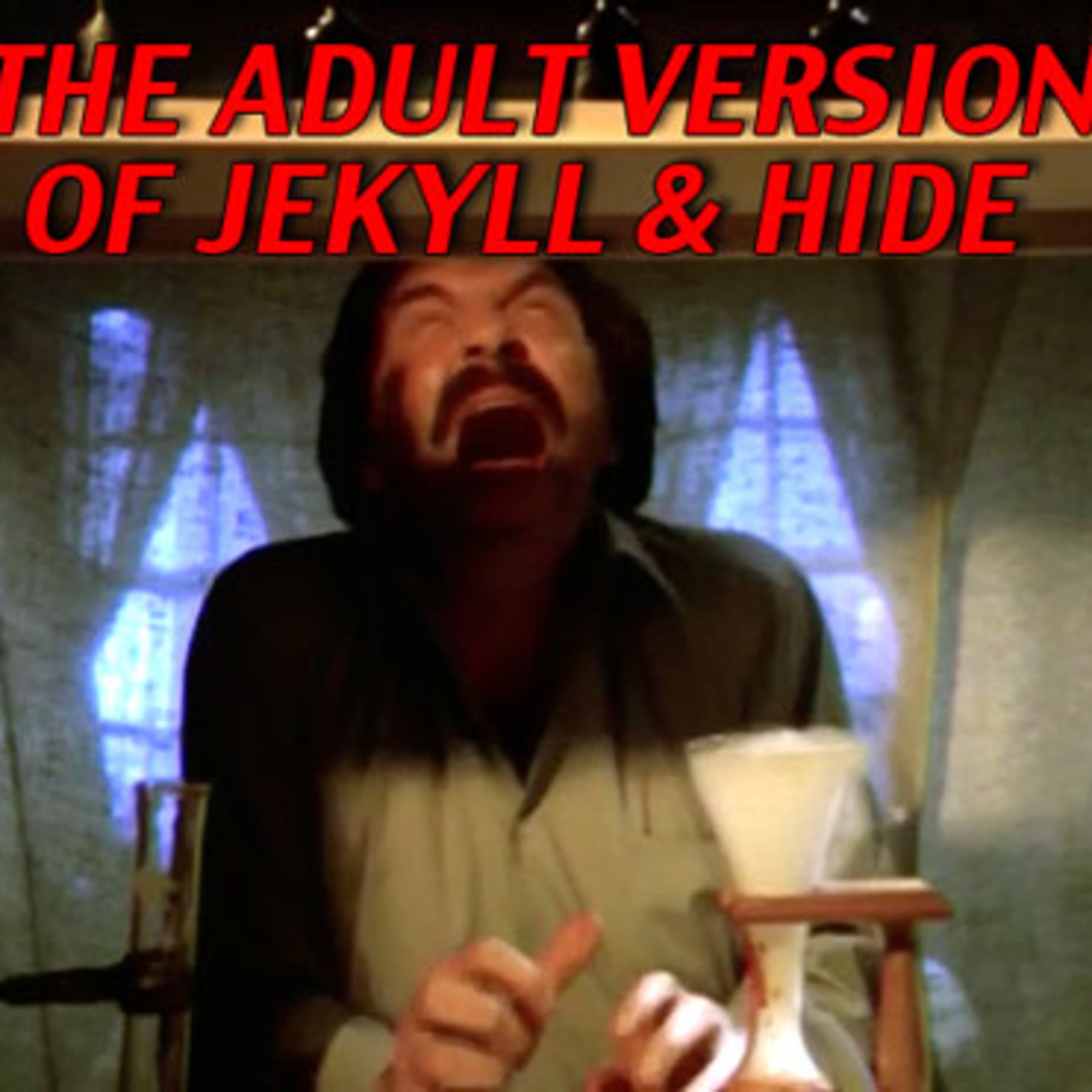 Something Weird This Way Comes... is a movie podcast about campy and exploitation films from the 30's - 70's. Join our intrepid hosts Roo and Moe as they discuss the sex crazed... The Adult Version of Jekyll & Hide "It was sick then and it's still sick now! Dr. Chris Leeder (JACK BUDDLINER), a gruesome looking guy (who's even scarier with his clothes off), find the notebook of Dr. Jekyll in an antique store. The store owner won't sell it to him so, like any good physician would, Leeder strangles the guy. The doc anxiously reads the notebook and, in flashback, we see Dr. Jekyll (also played by Buddliner) turn into a Mr. Hide who jams a giant candle between the legs of masturbating LINDA McDOWELL, then gleefully sticks a red hot poker up lovely LINDA YORK. Ouch. But Neither the flashbacks nor the notebook's oblique warning that the formula makes "people appear as they really are" deters Leeder from mixing the potion, drinking it, and opening his shirt to reveal...an attractive pair of titties complete with implant scars! Lo and behold, ugly Dr. L has briefly turned into blonde JANE SENTAS (the wanton witch of the Hardcore Horror Sacrilege). However, when Leeder learns that a detective suspects him of murdering the store owner, the disturbed doc decides to make the transformation a bit more permanent: "I've got to hide...Hide?! Yes, the girl! I'll hide as her!" Hence, "Miss Hide," who takes the doctor's place in a groovy dress and white go-go boots. (After producer DAVID F. FRIEDMAN sent the publicity material out, a film exhibitor called to say he'd misspelled "Hyde." Dave patiently explained that he hadn't done a remake of an earlier version, and was instead, "selling skin, hide, pelt, epidermis, flesh, buff." "Oh," the exhibitor replied, "I get it.") Leeder's nurse and paramour (legendary porn princess RENE BOND) quickly gets into a catfight with Miss Hide which, just as quickly, escalates into some heavy-duty muff munching. Then Miss H picks up a sailor at a bar and, for laughs, cuts off his dick. On a roll, she next pays a visit to Leeder's bitchy fiancÃˆ and decides to abruptly cancel the wedding... I remember seeing both The Adult Jekyll & Hide and Dr. Jekyll and Sister Hyde within weeks of each other in 1972. Though the Hammer film was fun, it was this diseased puppy that remained embedded in my brain. Yes, kiddies, there was a time in America when you could go to the movies and actually see all kinds of sick and outrageous stuff up there on the silver screen and if anyone dared utter the words "politically correct" they would've been beaten to death. Sigh..." --Frank Henenlotter Come listen to Moe and Roo discuss how much we absolutely LOVE it! If you like camp and silly movies join us on Facebook, you won't regret it! An Extra special thanks to Something Weird Video for supplying movies for episodes and for generally being an amazing company and an inspiration to my movie viewing habits - Moe